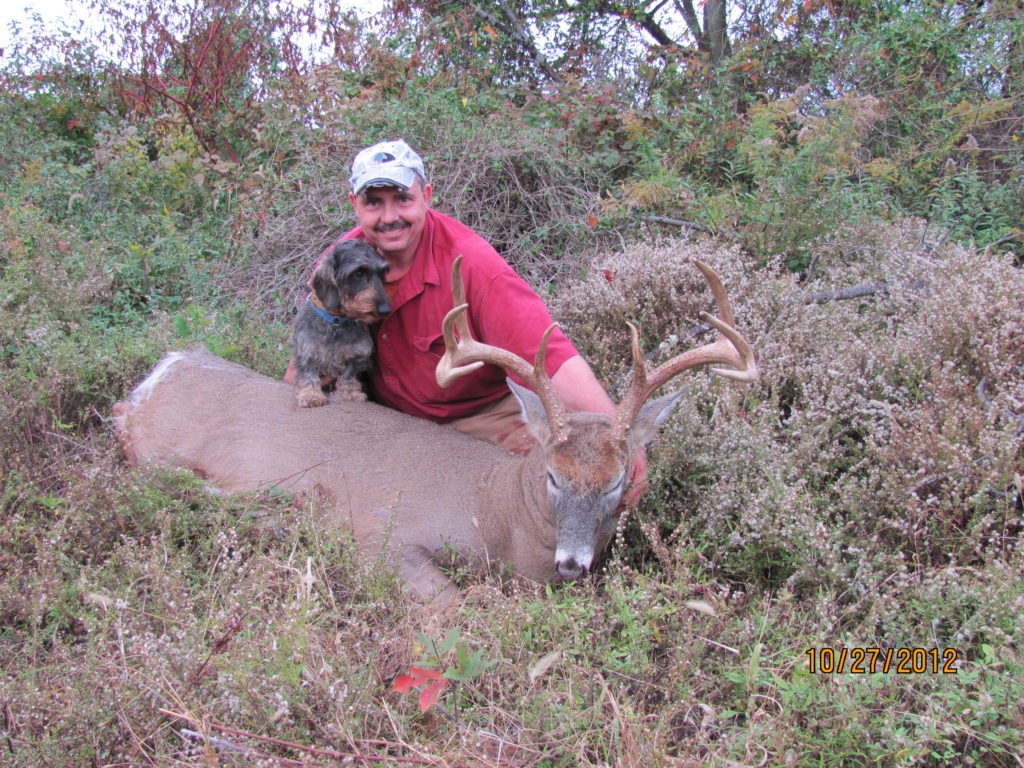 Darren Doran and his Dachshund Theo recover a buck.

As spring tried to push through winter and another deer hunting season fades in to the rear view, the New Jersey Outdoor Alliance’s long-time trusteed Ed Markowski was in Trenton to testify on behalf of the NJOA supporting the  S-2400, blood tracking bill that would allow the use of dogs to find wounded or dead deer. I am pleases to announce, said Markowski, that “The bill passed out of committee by a vote of 5 in favor 0 opposed.  Bateman moved the bill and it was seconded by Cody…  Now it’s on to a vote in the full Senate.” Added Markowski, “We are working on getting it posted in the Assembly committee.”

Many of you may or may not have read the full feature on United Blood Trackers of New Jersey. That group along with the United Bow Hunters of New Jersey and Dr. Leonard Wolgast have been instrumental in getting this legislation put in place for a final vote.

This bill is a direct result of the success of the leashed tracking dog program and the tireless effort of the NJOA to promote and advance sportsman’s issues in the state of N.J. 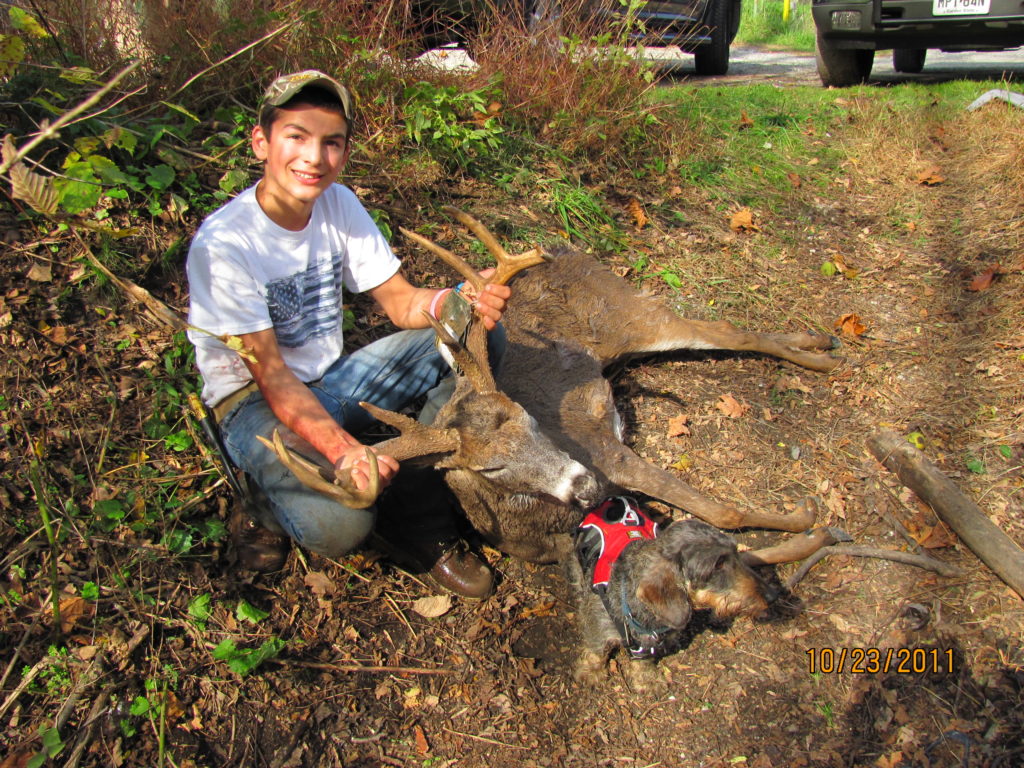 Another recovery for Karl for this hunter. 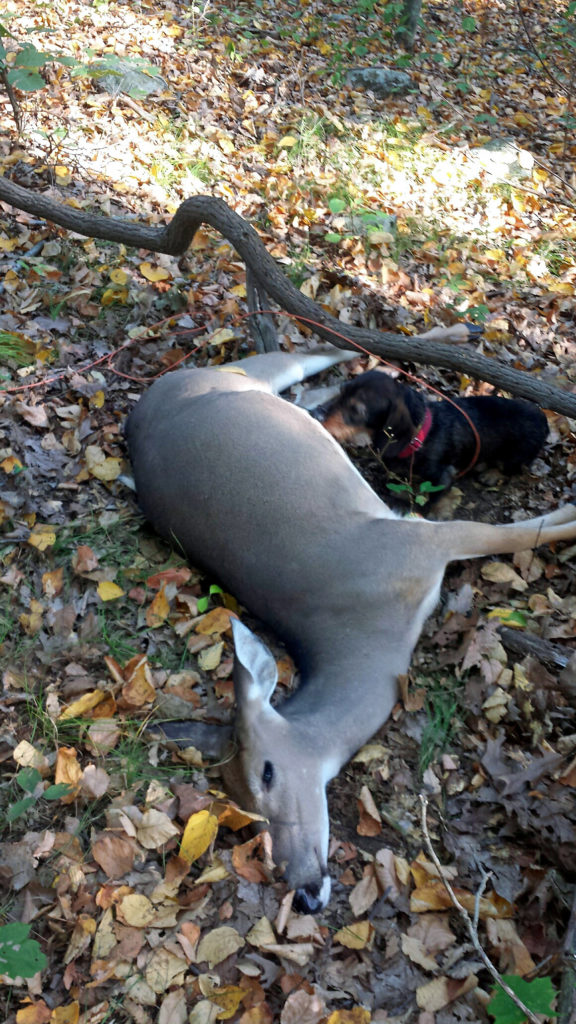 Its not about trophies-does are just as important to recover.