Pete Grimbilas has been honored as the 2016 Jersey Coast Anglers Association’s Sportsperson-of-the-Year.

Pete was nominated by the Saltwater Anglers of Bergen County and the New Jersey Outdoor Alliance.  Pete is the current Chairman of the New Jersey Outdoor Alliance and has been a tireless advocate for protecting and promoting the fishing rights of all anglers who fish in New Jersey.  Pete has spent countless hours in petitioning New Jersey’s legislators to help pass legislation that would benefit anglers and also hunters in our state.  He has spent many hours meeting with legislators to explain to them those issues that are important to New Jersey’s anglers like the lack of funding for our state’s marine fisheries. 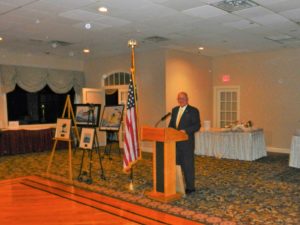 Pete is a champion of sport fishing.  He works for the greater good of the sport, habitat, and conservation and often on projects where he has no personal interest, just because it’s the right thing to do.  Pete approaches every project with a professional and business-like approach.  He approaches the most passionate discussions calmly and will often find a way to reach a win-win outcome.

Among Pete’s accomplishments are the following:

Congratulations, Pete Grimbilas, on being elected this year’s JCAA Sportsperson-of-the-Year!