Advocates and elected officials cheered news on Thursday that the state will not pursue developments in Liberty State Park in Jersey City. During testimony in front of the state Senate Budget and Appropriations Committee, Bob Martin, commissioner of the Department of Environmental Protection, said he had no intention of pursuing the controversial proposals. “We made a decision. We’re not going to do anything on the park,” said Martin, sounding slightly perturbed. “We chose to do nothing at this point.”

Martin said he was taken aback at the level of outcry the department had received, saying the state had simply requested a series of proposals that could have earned the park additional revenue. He said the park currently operates at a $2 million loss each year.

“I think the DEP’s decision is a wise one as in reality they just saw the tip of the iceberg with regards to the organized opposition that would have continued against any plan to develop Liberty State Park,” Fulop said through a spokesperson. “Parks and open space need to be protected in New Jersey and there [were] no limits to what we would have done to fight the DEP’s proposal to privatize Liberty State Park.”

Greg Remaud of New York and New Jersey Baykeeper was among the advocates leading the charge against the proposed developments. He belongs to a coalition, Friends of Liberty State Park, which has lobbied lawmakers and held numerous rallies to protest any new development in the park, which sits along the Hudson River next to Ellis Island.

“My immediate reaction is that we’re glad,” he said in an interview. “Whatever DEP was looking to do was harmful so we’re glad they’re going to rethink those proposals.” “Those are all things that we don’t consider amenities and we’re glad they’re off the table,” he said. 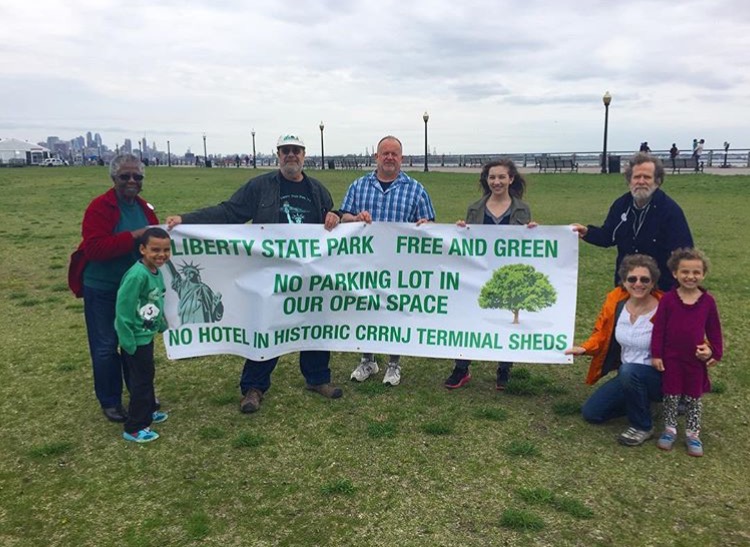 Sam Pesin, the leader of Friends of Liberty State Park who has organized much of the backlash, said any developments in the park would have gone against widespread public opposition.

“The consequences inevitably would have been weekend traffic jams, taking away open space and restricting public access,” Pesin said. “I’m delighted. I would say, ‘Hallelujah.’ It seems like the governor and Commissioner Martin listened.”

NY/NJ Baykeeper is the citizen guardian of the NY-NJ Harbor Estuary. Since 1989, we’ve worked to protect, preserve, and restore the environment of the most urban estuary on Earth – benefiting its natural and human communities. Through our Estuary-wide programs we seek to end pollution, improve public access, conserve and restore public lands, restore aquatic habitats, encourage appropriate and discourage inappropriate development, carry out public education, and work with federal and NY/NJ state regulators and citizen groups as partners in planning for a sustainable future for the NY-NJ Harbor Estuary watershed.